With a surge in positional, data-driven innovation in the transportation field, two long-discussed approaches to sensor composition are coming to the forefront (again).

Children growing up today will expect to see passenger drones and self-driving cars by the time they apply for their first learner’s permit (or autonomous pilot’s license or whatever it’s called by then). The rate of change in the automobile sector seems to have leapfrogged the development cycles that OEMs have taken for granted as each new model year approaches.

In labs around the world, yesterday’s hard-to-imagine features are getting closer to the mass market with each passing day. Infrared cameras are being tuned to react to the subtle eye movements of the driver in order to control in-dash electronics, and pupil tracking is being added to a wide spectrum of contextual and biometric data used to monitor the real-time health of those behind the wheel. Vehicle-to-vehicle (V2V) communication schemes promise to share speed, braking and directional information with nearby vehicles so that an accident or weather incident that might have caused a multi-car pileup a generation ago would trigger just-in-time braking or other automatic collision avoidance functionality. GPS data is being applied to anticipate travel paths and adjust a car’s suspension on the fly to proactively prepare for road conditions that lie ahead or to raise or lower the vehicle’s stance relative to parking conditions.

With each new safety application or operational advancement that leaps from the pages of science fiction and into the showroom, the debate between inductive position sensors and hall effect sensors finds new voices, new challengers and new ways of thinking about the real-time collection of the data at the heart of these advances.

It’s not a new debate by any means, but the implications for the highly-accurate, sensor-driven data that will power tomorrow’s visionary applications are considerable … and deserve a fair amount of consideration by those tasked with architecting next-generation vehicles.

On one side you have proponents of electromagnetic induction, guided by Faraday’s law of induction, which traces all the way back to its discovery in the 1830s. Modern sensors based on this principle feature multiple coils: A primary coil is used to generate an AC magnetic field; the magnetic field couples onto two secondary coils generating a voltage; a metal target disturbs the generated magnetic field; the secondary coils receive different voltages vs. target position; and the position is determined by the ratio of secondary coil voltages. Sensors based on this approach are commonly used for positional and speed measurement and are known as solid performers in harsh environments.

In the other corner you have disciples of thermoelectric researcher Edwin Hall, whose 1879 discovery led to the development of (you guessed it) Hall effect sensors. Sensors based on this approach measure the strength of a magnetic field, which in turn can be used to plot an object’s position by way field strength being proportional to the distance between a magnet at a Hall effect sensor. This approach is common in rotating speed sensors, speedometers and even in alarm systems.

It may not really be a debate after all. It’s certainly not a traditional fight or even a true competition among those from different schools of thought. Michael Faraday (1791-1897) and Edwin Hall (1855-1938) have long since left the playing field. There won’t be a winner or a loser.

A decision will need to be made however: selecting the appropriate technology and applying it to the appropriate application. That’s what automotive engineers do. And that’s what Microsemi does … and has been doing for over a decade with a leading-edge inductive senor technology offering.

We currently have two available products in the inductive position sensor family, the LX3301A is ideal for applications with up to 125°C temperature and Analog/PWM output options, while LX3302A is available for higher temperature requirements and additional output interfaces such as SENT and PSI5.

The LX3301A and LX3302A are a highly integrated programmable data conversion IC designed for interfacing to and managing of inductive sensors. The device includes an integrated oscillator circuit for driving the primary coil of an inductive sensor, along with two independent analog conversion paths for conditioning, converting, and processing of two analog signals from the secondary coils of the sensor. Each path includes an EMI filter, demodulator, anti-alias filter, programmable amplifier, and a 13-bit sigma-delta analog-to-digital converter. Each analog signal path includes digital calibration capability which allows the complete analog path (including the external sensors) to be calibrated during the system manufacturing process. The calibration information is written to internal EEPROM resulting in improved production yields, and in-line system upgrades. Both IC are ideal for measuring linear, angular/rotation, proximity, and/or displacement in electromechanical systems. The outputs are available in 12bit resolution with accuracies reaching better than 0.1% accuracy relative to full scale measurement range. 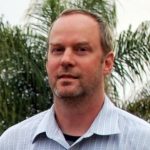 Connect with me on LinkedIn.