Global Positioning System (#GPS) vulnerabilities are real, just ask Microsemi’s Duke Buckner (senior director strategy and business development) who was out of the country one day in 2016 when time stuttered. Microsemi timing receivers continued to work as designed, operating in holdover mode to prevent network outages, but the holdover status messages from so many receivers had many customers nervous and asking what was happening. Apparently some other (non-Microsemi) receivers did not fare too well. The root cause was later determined to be a timing anomaly caused when the U.S. Air Force decommissioned an older satellite. Read the Businessweek article below and learn more about how Microsemi can help protect against GPS vulnerabilities.

The World Economy Runs on GPS. It Needs a Backup Plan.

The small satellite network, which keeps global computer systems from freaking out, is shockingly vulnerable to all kinds of interference.

Duke Buckner was enjoying his breakfast at the Renaissance Tel Aviv Hotel, looking out on the city marina, on the day that time stuttered. Buckner oversees marketing and business development for Microsemi Corp., an American communications and defense contractor, and he gets a copy of emailed error reports for its equipment. It’s rare to get more than one in a given day. But on the morning of Jan. 26, 2016, they flooded his inbox. He forgot about breakfast. 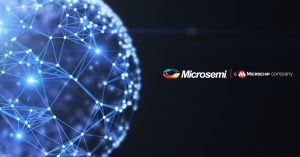 The complaints had to do with Microsemi’s timing receivers for the Global Positioning System, the ubiquitous satellite navigation technology that was built for the U.S. military and has found its way into all our pockets. GPS isn’t just for maps. It’s also a kind of vast, spaceborne clock. Computers all over Earth use it to determine what time it is, down to billionths of a second. When there’s the slightest disagreement among those computers, things fall apart.

Read the full article, “The World Economy Runs on GPS. It Needs a Backup Plan” on Bloomberg Businessweek.