In my last post, I wrote about the source of synchronization in wireless networks and laid the groundwork for 5G. In this article, I’m going to highlight some key standards for distribution of time and phase in 5G wireless networks.

I’ve got a couple of standards I would like to explore, which are the two main standards for distribution of time and phase in wireless networks. These standards are written as what are known as PTP profiles by the ITU. PTP is IEEE 1588 precision time protocol which is the protocol used to carry the clock across the network. The first standard I’d like to talk about is G.8271.1. That’s known as full on-path support and the really neat thing about this standard is if you’re building a new network, a greenfield deployment for your fronthaul or backhaul network, you can engineer clocks into every element along the way. In the illustration to the right, I’ve noted with a little icon that says BC and SyncE; that stands for boundary clock and Synchronous Ethernet. That’s generally a chip set, a little clock that goes in every element along the way and that helps transport the phase and timing across the network. 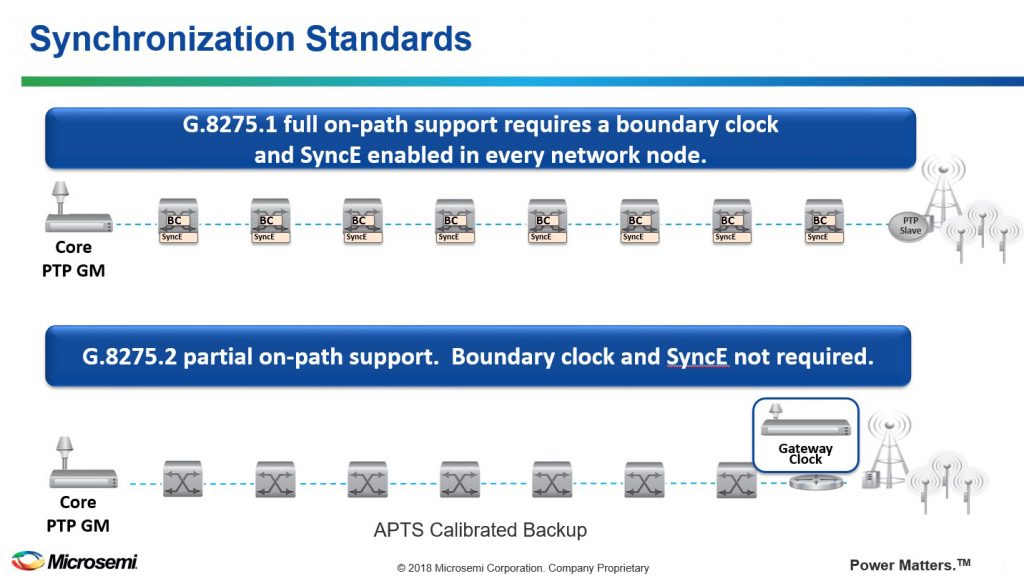 Its sister standard is called G8.275.2; see the lower half of the illustration. That’s called partial on-path support and this is really designed to use with your existing network. So, if you’re an operator, and you’re not building up a new network, this standard says how do I carry that clock across my existing network where the boundary clock and the SyncE are optional. You can use boundary clocks and SyncE if you have it have it in some sites, but the key to this is these standards both follow the same model. Namely, that’s where you have a core, or a PTP Grandmaster, and that takes the signal off of the GPS antenna and injects it into the network. Then the PTP slave clock out on the far end is where that clock is recovered.

So these models are used for the two main standards in place today for LTE Advanced services and they’re really designed to be ready to pave the way for 5G as the requirements just get tighter and tighter.

In the next article in this series, my colleague, Jim Olsen, will write about why network-based time delivery for 5G is the best option to deliver low latency, scalable synchronization in highly densified networks. 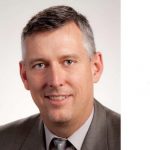 In the meantime, please connect with me on LinkedIn and allow me to answer any questions you may have on this topic.