A spacecraft emergency, Mars has been besieged by a massive dust storm. It’s perpetually night as a thick haze fills the atmosphere and blocks the sun.

Already defying the odds by surviving on Mars more than 55 times longer than originally planned, NASA’s Opportunity rover is caught in the middle of it all. 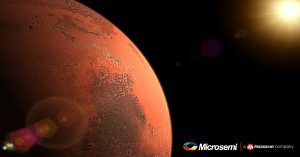 Read the full article, NASA’s Opportunity Rover is Fighting for It’s Life in a Martian Dust Storm on the WashingtonPost.com today.

You might wonder why this is of interest to Microsemi. Opportunity, which uses our FPGAs, has continued to work for much longer than originally expected.

I hope that this is not the end of it’s journey!

Connect with me on LinkedIn.