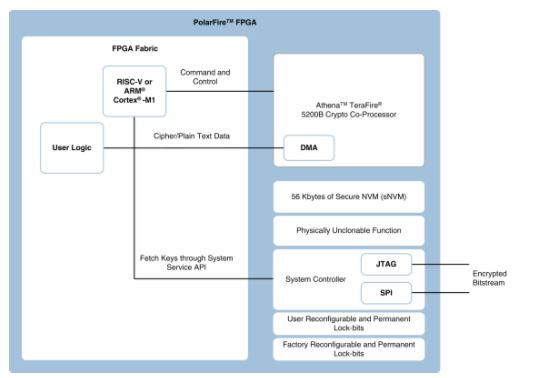 Building on a Secure Root of Trust

A secure Hardware Root of Trust must be established before higher level security functions can be utilized safely. 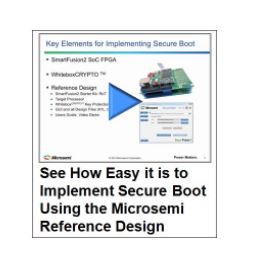 Tamper prevention and detection block attacks that can extract secret data or change the state of the device, and provide an alarm signal if tampering is suspected. Some of the techniques used on Microsemi FPGAs include:

– Security lock modification
– Mesh open/short detection
– Clock tamper monitor
– Countermeasures for passive and active side channel attacks
– Detection of attempted programming port access and authentication failures
– Keys, passcodes (in NVM), and other data-at-rest (in ROM and RAM) protected cryptographically
– Digests on NVM and ROM to detect attacks on memory, keys or settings
– Microsemi offers the EnforceIT Security Monitor IP block that can flexibly process tamper flags, allow time for communication with a host system if desired, and trigger built-in or your own custom chip or system-level tamper penalties.

Once tampering is detected it is useful to apply a penalty. It is common to use escalating penalties if tampering occurs too often or is too severe. A severe penalty, zeroization, can be applied to erase part or all of a device, even returning it to an unprogrammed state. Microsemi FPGAs can implement a variety of built-in penalties, such as:

– Resetting the device- so it reboots in a known, safe state 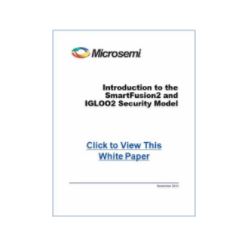 – Disabling I/O- to prevent loss of secrets
– Placing all security options in to their most secure state
– Zeroizing on-chip memory
– Erasing FPGA configuration NVM and MSS embedded NVM
– Erasing MSS SRAM, and fabric block RAMs & registers
– Erasing all crypto-variable storage incl. (optionally) the Factory Keys
– Eliminating any remnant traces of the non-volatile configuration
– Verifying all NVM and SRAM is in a known state, and
– Supplying a cryptographic proof of success

Microsemi has obtained a license from Cryptography Research, Inc. (CRI, now a division of Rambus) for the DPA patent portfolio, consisting of more than fifty patents. The pass through license:

– Extends a sub-license to customers who purchase selected Microsemi FPGA devices. The purchaser can then use any of CRI’s patented DPA-mitigation techniques to protect their end-
application from side-channel attacks. The protection techniques can be incorporated in the user’s logic implemented in the FPGA fabric or in the user’s firmware executing on a hard or
soft microcontroller, in the licensed Microsemi FPGA. No additional paperwork paperwork is required of the purchaser of these devices to use this license.

– Users of Microsemi’s DPA resistant Secure Boot Reference design have also been granted a pass through license to a target processor for implementing a secure boot function in conjunction
with Microsemi FPGAs or SoC FPGAs. The user has only to sign an Eligibility Certification Form to be able to use CRI’s patented DPA mitigation techniques in their target processor’s boot-
loader with these Microsemi FPGAs.

Get Started Today on Your Secure Boot Design!

Visit the Microsemi Secure Boot web page to access the information needed to learn about, evaluate and purchase your own secure boot reference design.

And, go here for featured applications for security including Programmic Logic Control and Smart Energy.