Cesium beam atomic clocks, such as Microsemi’s 5071A and TimeCesium products, have been popular frequency standards for deployment in Critical Infrastructure for many years. The cesium clock used in communications networks is referred to as a primary reference clock (PRC) by the International Telecommunications Union (ITU-T) in the document titled “Timing characteristics of primary reference clocks” (G.811). ITU-T G.811 describes the details of a PRC and the frequency performance requirements—in particular, the accuracy being . 1 part in 1011

The ITU-T G.811 recommendation was originally created back in 1998. Now, almost 20 years later, this standard has just been modified to include a much higher level of performance, much of which has been driven by GNSS error concerns. This change has driven the performance requirement an order of magnitude higher with an accuracy specification of . This new standard from ITU is referred 1 part in 1012 to as the enhanced primary reference clock (ePRC) G.811.1.

The ePRC clock performance requirement is being defined in conjunction with another new standard from ITU called the enhanced primary reference time clock (ePRTC). The ePRTC recommendation (ITU-T G.8272.1) defines a highly accurate time source that must be able to operate autonomously. The G. 8272.1 standard is an evolution of the previous PRTC standard (G.8272) that defined time and phase requirements for next generation telecom/wireless source clocks relative to GNSS. The following diagram summarizes the significant change in ITU standards for ePRC and ePRTC clocks.

The timescale function is the cornerstone to generating and maintaining time for Critical Infrastructure under any failure condition. Unlike a GNSS receiver, instead of if the externally delivered time is correct, a timescale algorithm evaluates and measures its own autonomous timescale relative to the incoming time reference. In other words, the timescale algorithm slowly creates its own local time that has been aligned with the external GNSS source but is not dependent on the existence of the external source.

This approach is inherently resilient to GNSS outages because the local timescale continues to propagate time forward based upon phase, frequency, and aging characteristics of the reference(s) that have been measured over a prolonged period of time. This is a fundamentally different approach to traditional holdover modes in which the last frequency steer is maintained during a GNSS outage.

Microsemi’s timescale technology is implemented in a number of products ranging from large metrology based systems, referred to as Precision Time Scale Systems (PTSS) to smaller rack mounted systems such as the SyncSystem 4380 (typically deployed in government networks) and the TimeSource ePRTC (deployed in telecom and mobile networks).

Please contact me (Greg.Wolff@Microsemi.com) personally for more information or if I may be of assistance. Connect with me on LinkedIn too.

WHERE DO YOU START TO LEARN ABOUT GPS VULNERABILITIES AND HOW TO PROTECT YOUR SYSTEM? WATCH THE VIDEO ON THE TOP OF THIS PAGE TO LEARN HOW! 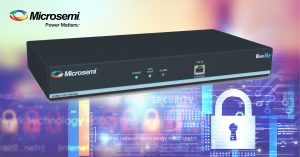